Ramallah - (17/3/2019) - The Palestinian Center for Development and Media Freedoms (MADA) strongly condemns the large-scale arrests and attacks carried out by the security forces in the Gaza Strip over the last three days against journalists and workers in human rights organizations, Citizens who took part in peaceful marches to express their opinion on the situation in the Strip, a right guaranteed by the Palestinian Basic Law and international laws.

According to the monitoring and documentation unit in MADA center, so far these attacks have affected at least 24 journalists.

These attacks included the arrest of 19 journalists and media workers during the past three days, most of who were physically assaulted during their arrest, in addition to the assault of the editor manager of the Bawabit Al-Hadaf news agency Sami Yousef Issa and Sawt Alsha’b radio station reporter Mahmoud Al-Louh, as well as the attack on journalists Hassib al-Wazir, Mohammad al-Jaysh, Joma’aa Dalool. Also other attacks were reported, such as prevention of coverage, prosecutions and confiscation of equipment, especially photographic equipment and mobile phones for journalists.

While a number of these journalists were released following family and personal interventions, at least five of them are still in detention: the director-general of the Palestinian Broadcasting Corporation Raafat al-Qudra, the journalists Osama al-Kahlout, Amer Baalusha, and the media students Amjad Hailes and Osama Abu Sukran. 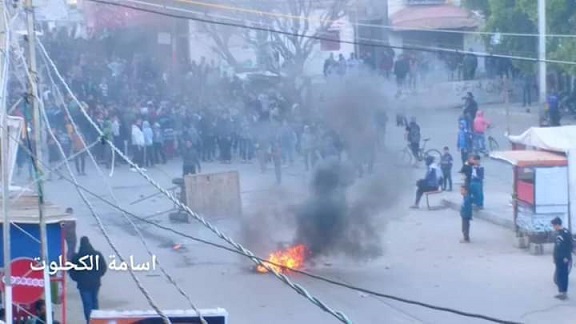 This repression was characterized by its severity and comprehensiveness, as it was not limited to demonstrators who took part in peaceful marches, but extended to journalists and human rights workers, aiming to block any media coverage or publication of what was happening in the Strip.

The attack on the journalist, Ashraf Sharif al-Kahlout, who is still in detention, summarizes the repression of media freedoms in Gaza since Thursday, where his family said on Sunday that "his release is delayed because he is unable to walk on his feet because of the physical attack on him".

Al-Kahlout's wife told MADA that masked gunmen from Hamas stormed their house on Friday (15/3/2019) while Osama was broadcasting a live video on his Facebook page about peaceful popular protests against the high cost of living and poor economic conditions in the Gaza Strip, and beat him severely with sticks, pushed his mother on the ground, and broke the contents of his office (computer and other equipment). They also beat the director of the Independent Commission for Human Rights Jamil Sarhan and the lawyer of the Commission Bakir Turkmani who were in Osama's house in the meantime, and then they took the journalist Al-kahlout to the Deir al-Balah police station, then to the hospital, after he was hospitalized for about two hours they returned him to Deir al-Balah police center where he is still detained.

For example, the editor of the news agency "Al-Hadaf" Sami Yusuf Ibrahim Issa, on his arrival on Thursday, 14/3/2019, to the Transe area in Jabalia he was subjected to harassment of about five members in civilian clothes who tried to prevent him from filming. When the police began dispersing protesters with sticks and firing into the air, he moved to a nearby alley to avoid any harm. But in a while about 10 masked men approached him without introducing themselves or for which side or party they belong and beat him with their fists and feet on his body. They asked him to remove the pictures and give them his phone. When they refused, they continued to assault him and took the phone by force.

The Palestinian Center for Development and Media Freedoms (MADA) strongly condemns all attacks against journalists, rights workers and all citizens who took part in peaceful marches in the Gaza Strip; it also holds the responsibility for the attacks on the ruling authorities in the Gaza Strip. MADA demands the release of all journalists and citizens arrested during these events and to respect their right to freedom of expression, and stresses the need to establish an independent commission of inquiry into these attacks, publish the results of their findings, and accountability of all those involved in the attacks. 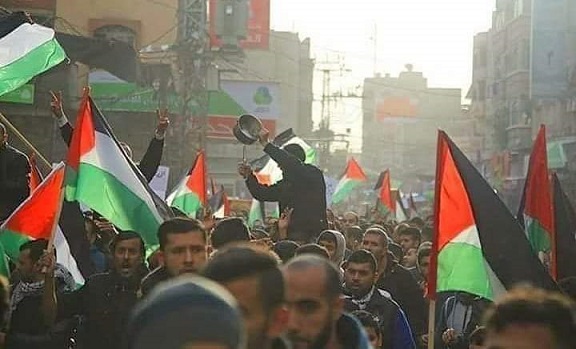